Everything that needs to be said about pop art has been said. We have been Warholed out, Lichtensteined to death; ODed on Gordy garish glittery gear that is supposed to tell us about how our souls thirst for eternal truths. Brilloed to bleedin’ death, with schmaltz and panache. So why would a quiet little former South Bank power station, given a new lease of life and called Tate Modern, spend four months of the year having another bite of the pop toffee apple? 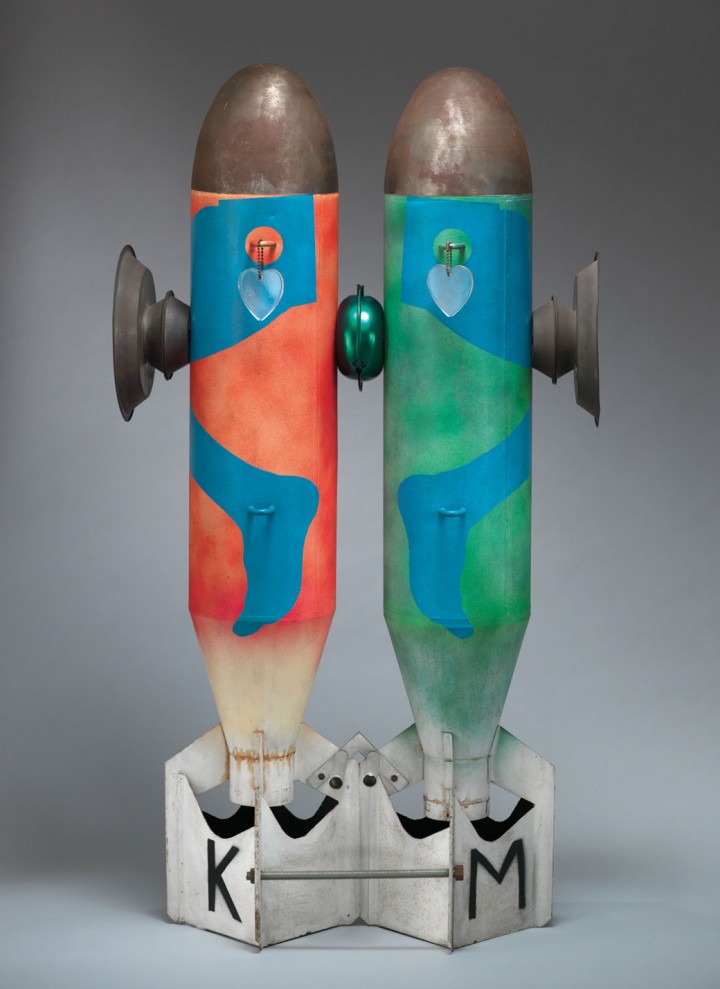 This goes beyond Peter Blake, Roy and Andy. It embraces the exuberant ‘60s and ‘70s by the throat and rings out all the glare and visual dash you can imagine. Don’t expect the megastars alone. Expect also the widest interpretation of pop art imaginable, almost as though they were rerunning something that was as important as the Tercento, Quattrocento and Cinquecento; though not this time with Giotto, Leonardo and Michelangelo, the popsters of the Renaissance. 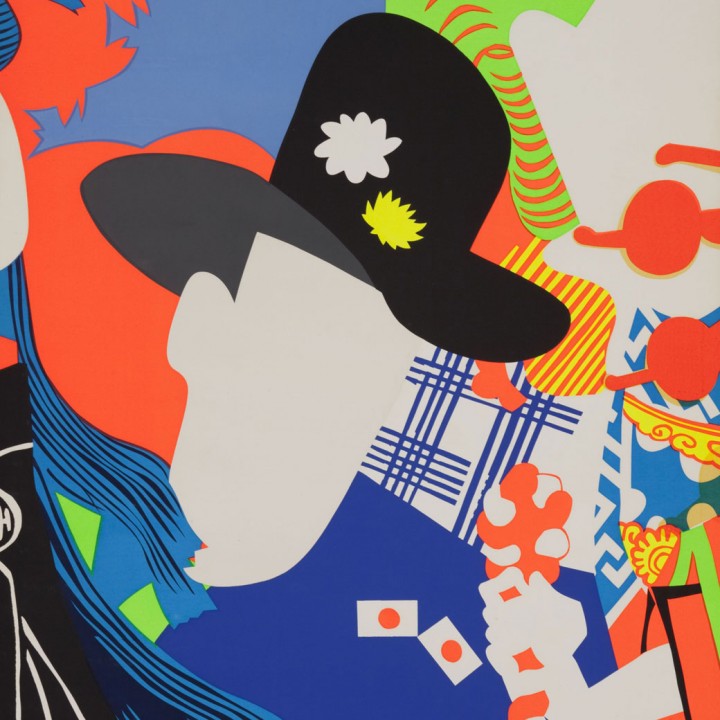 Yes, they’re brazenly claiming all sorts of loud things down there at the other end of the wobbly bridge. Shazam! Booom! Might be your only possible response as you get pulled in by the loud, bald claims of this modern outburst of bad taste! I suggest you give it a wide berth or embrace it wholeheartedly. I can’t be fairer than that. Expect other echoey noises from Tate Mod; for this is where grey went rainbow. John Bird. 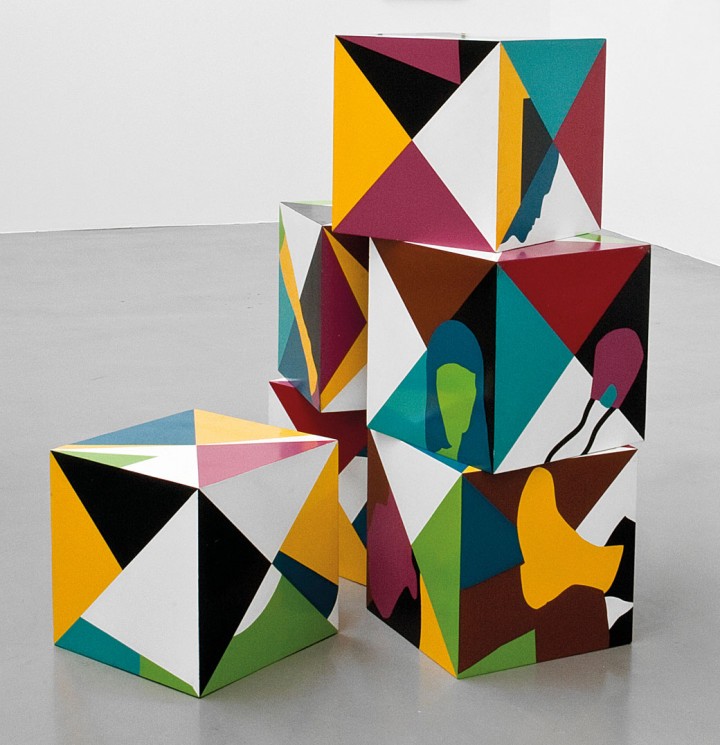 The World Goes Pop at Tate Modern: until January 24 2016. For tickets and more information, visit: tate.org.uk

Kevin has fun at Dismaland!

Dismaland, the Banksy exhibition, opened to worldwide fanfare and the usual accompanying rumours that seem to have become consummated with the artist and always abound whenever a profound piece of graffiti appears on a wall in Bristol, London, Cheltenham or Palestine.

The premise of Dismaland is based on a dystopian view of society presented as a leisure complex; the most notable is Disneyland. Though Banksy states in the exhibition brochure that no Disneyland image is alluded to, Dismaland is littered with ushers sporting Mickey Mouse ears and has Banksy’s moving sculpture of a dying Cinderella in a crashed pumpkin coach besieged by an unhelpful paparazzi. 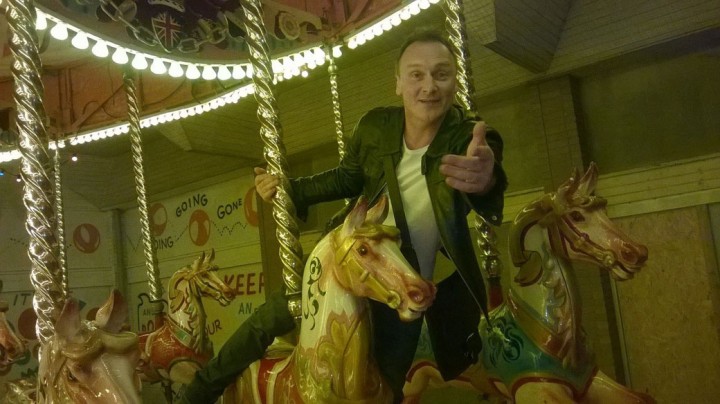 Lucky for me on preview night I was given a wristband from a guest leaving the exhibition which got me in. Inside, a multitude of media types dressed in black mulled merrily around the two bars. Hardly anyone was looking at the art. I met an artist called Jaded Underdog Needing Kicks (Junk) who had sneaked in and was going to put his own art on a wall in Dismaland. In the same manner that Banksy had done when he sneaked his art into the Tate. Junk explained that pens, pencils and spray cans are barred, to be surrendered to security. They’re disarming the artist, he told me. 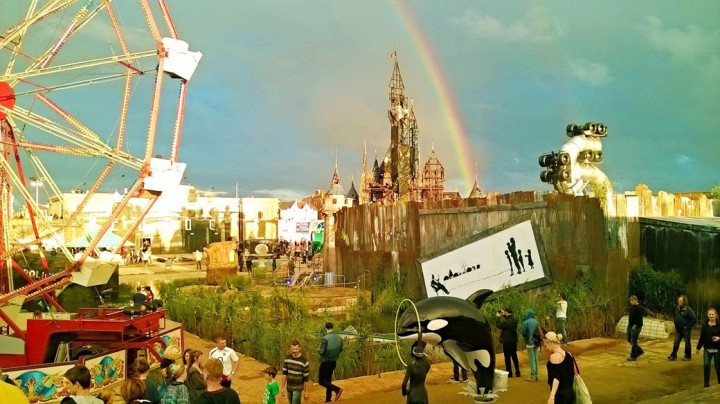 There is fun but there is also great sadness in many of the pieces. The seagull woman sculpture is dowdy and lonely. In contrast my favourite piece, the ballet dancing trucks, are massively joyful. We see art not how it is but as we are, and every piece has something special for each of us. If only we reach out. Banksy has brought this to you, for you. And by the way, Junk (pictured below) actually got his art on the wall. Kevin Dooley. 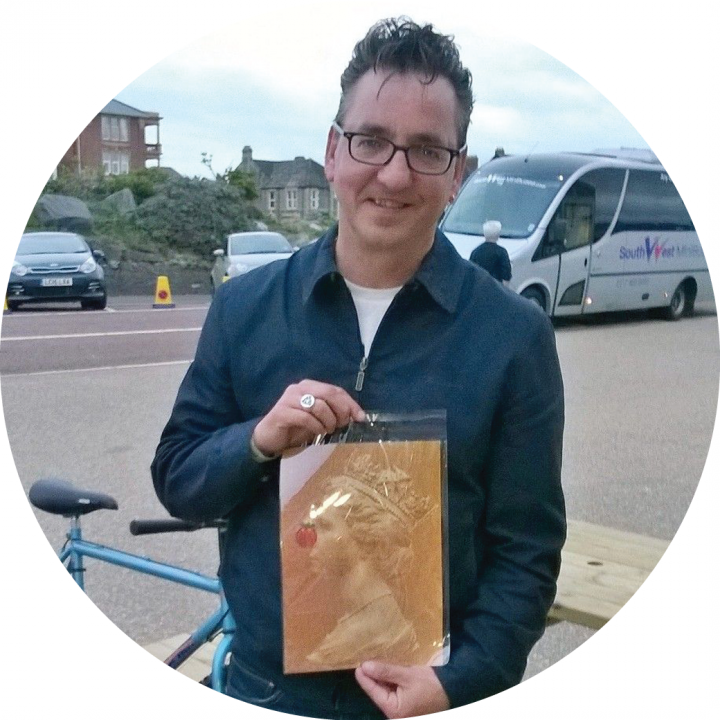 The final three days of tickets will be available online at 10am on Saturday September 19 at: dismaland.co.uk